One of the best-known children’s characters of all time, Peppa Pig is adored by kids and parents across the globe. Marianne James, Hasbro VP licensed consumer products EMEA & Asia, chats to LSB about how the brand stays “relevant and fresh”, and why licensed apparel is one of the preschool favourite’s strongest sectors.

It’s an exciting time for Hasbro brands in the apparel space. As the global branded entertainment leader announced ahead of last September’s fashion-themed Brand Licensing Europe event, 2023 will see a raft of new partnerships for clothing, accessories and footwear across EMEA, Asia and beyond for My Little Pony, Dungeons & Dragons, Transformers, and – of course – everyone’s favourite preschool icon, Peppa Pig.

The cute British pig, known for her cheeky charm, confidence and love of muddy puddles, may be approaching 20 years old, but she remains a force to be reckoned with in fashion. At The Licensing Awards 2022, the #PlantWithPeppa range of sustainable clothing from Character.com, in association with Hasbro and Fashion UK, took home the award for Best Licensed Preschool Apparel or Accessories Range (0 to 5 years).

In the same month, UK brand Cribstar launched its second collection of Peppa Pig ribbed sets for infants, after seeing success with its first collection and personalisation set. 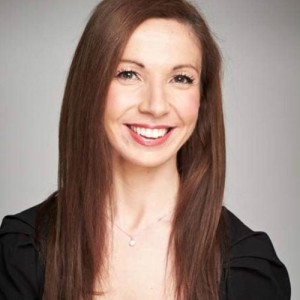 Also in the nursery space, Mori, known for its organic cotton clothing for kids aged 0-6, will be collaborating with Peppa on a babywear range launching in the UK in summer 2023, consisting of baby sleepsuits, hooded towels and daywear. In addition, there are plans to expand Peppa’s presence in higher-end department stores, with Hasbro recently confirming that kids’ clothing brand and creative studio Fabric Flavours will be coming on board as a strategic apparel partner to elevate Peppa, as well as other brands including My Little Pony and Transformers, into John Lewis, Selfridges and other premium UK retail outlets.

“Fabric Flavours uses its innovative print, appliqué, embroidery and cutting-edge techniques for several of the largest and most renowned department stores and boutiques around the world,” explains Marianne. “The company is known for creating playful and imaginative designs and collections that celebrate the greatest brands and characters in pop culture, and its expertise makes it the perfect fit for Peppa Pig.”

The latest partnerships are part of Hasbro LCP’s commitment to “raising the bar on all fronts” for the Peppa Pig brand, “from innovative new products to meaningful fashion timed to big pop culture moments”.

“When we say, ‘meaningful fashion,’ we’re referring to our partners who are paving the way in the fashion industry and our thoughtful decisions to partner with these fashion brands because of the great quality and innovation in products they deliver in the space,” says Marianne. “Collaborations like our ongoing partnership with Reebok in the US put Peppa at the forefront of pop culture, and moments like these that keep her as relevant and fresh as ever.” 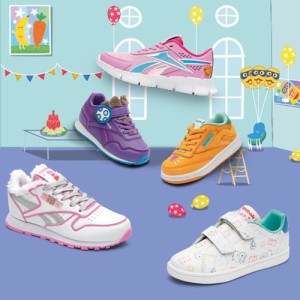 On the heels of two previous Reebok x Peppa Pig collections that debuted in 2021, November saw the U.S. launch of Reebok’s third Peppa Pig kids-only range of footwear for infants and toddlers. Highlights include the Club C, an iconic lace-up style inspired by Peppa’s friend Candy Cat, with a nose and whiskers on the toe and a ‘touch and feel’ tail, and the Zig Dynamica, a bright pink sneaker that pays tribute to Peppa herself, featuring a decal of Teddy, Peppa’s favourite stuffed animal, on the left shoe, and a pair of Peppa’s iconic yellow rainboots on the right.

“Our first two Peppa Pig collections with Reebok have been super successful and we’re excited to be teaming up with Reebok once again to launch a brand-new shoe line just in time for the holidays,” says Claire Gilchrist, vice president, the Americas and Pacific, Hasbro Licensed Consumer Products. “With a variety of fun and colourful designs to choose from, this collection will allow kids to take their favourite British pig around with them everywhere they go.”

As Reebok’s continued commitment to the brand testifies, Peppa Pig’s popularity shows no signs of waning. Her YouTube views in 2021 alone equated to over 300,000 years spent watching, equivalent to 20 minutes for every person on Earth, while in 2022, Peppa was one the brands that rated highest on YouTube globally.

“Peppa Pig’s cultural relevance continues to keep the brand going strong with a widespread footprint across entertainment, toys, licensed consumer products, LBE offerings and much more, as activated by Hasbro’s Blueprint 2.0 strategy – which is about generating not just great product, but bringing live events, promotions and all spokes of the blueprint wheel to life,” explains Marianne. “This presence in widespread categories in markets all around the world provides fans and families with countless opportunities to engage with arguably one of the most recognisable pigs on the planet – and helps keep Peppa culturally relevant.” 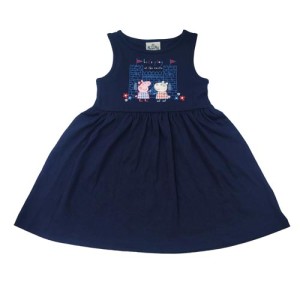 How deeply embedded Peppa is in today’s culture, in the UK at least, was evident last summer when she took part in the Official Platinum Jubilee Pageant parade, boarding a float and travelling down the Mall past Buckingham Palace.

“To celebrate the occasion, we launched a Peppa Pig Jubilee-themed clothing range at Tesco, publishing titles from Penguin, features in the Peppa Pig Magazine and more,” says Marianne. Other UK activations in 2022 that kept Peppa front and centre included several sustainability initiatives, including a partnership with Cleaner Seas Project for World Oceans Day and the Plant with Peppa/Ecologi programme in association with retailer ASDA. In summer, Mummy Pig, Daddy Pig and George joined Peppa for the Peppa Pig: My First Concert tour, produced with Fiery Angel Entertainment and Fierylight to huge success.

Not one to rest on her laurels, Peppa continues to evolve. The original fans of the preschool brand are now teens themselves and kidult offerings are increasingly a focus, following the 2020 U.S. launch of Urban Outfitters’ Peppa-themed apparel and accessories that featured artwork from Peppa’s debut music album release.

ONLY, a premium brand from the Bestseller Group in India, launched a Peppa Pig line of apparel in May 2022 that included a line for kids (under the KIDS ONLY label) while offering, for the first time, an aged-up route targeting young adult Peppa fans under its core brand ONLY. The latter range was repped by upcoming actor and superfan Ananya Pandey, and her fun content showcasing the collection was viewed by over 24m+ fans.

“Peppa Pig is certainly a brand for fans of all ages, and we are continuing to build our lineup of LCP offerings to cater to everyone, including the Gen Z demographic who grew up with the show, and adults,” says Marianne. “In China, we just launched the region’s first ever Peppa Pig café with immersive Peppa settings and dining experiences, along with face masks and alcohol prep pads from Haishi Hainuo Group, and in the US in February, we opened the Peppa Pig Theme Park at Legoland Florida.”

The next major brand expansion for Peppa Pig is early years’ education. Hasbro’s Learn with Peppa programme will kick off with an app, followed by an extensive publishing programme – including phonics books, novelty, board and activity books – covering a range of early learning concepts, and a new range of play experiences that aim to help deliver educational benefits. The rollout will be supported with extensive content and marketing plans. Then, as Hasbro looks ahead to Peppa’s 20th birthday in 2024, anniversary activity for the brand will begin to heat up…

The company is planning to mark the occasion as only Hasbro knows how, with collaborations and programmes already in the works – and further fashion partnerships are sure to be a key part of the celebrations. Although it’s too early to go into details, Marianne shares that the team is, “really excited about what’s to come”. And so, no doubt, are retailers, licensees, and Peppa fans everywhere.

Blues Group, Aykroyds and TDP on board for Pip and Posy

Disney unveils Wonder of Friendship: The Experience as part of 100-year celebrations
on January 26, 2023
The Experience launches at 180 The Strand, London from 12-21 May 2023, before opening in Berlin and Paris....

Goldeneye 007 video game to target new generation of gamers
on January 26, 2023
MGM and EON Productions have partnered to bring the fan favourite game - based on the 1995 movie - to the Nintendo Switch and Microsoft's Xbox platform from 27 January....

Ravensburger grows adventure book range with The Lord of the Rings
on January 26, 2023
The storybook-style board game drops players into the legendary trilogy by J.R.R. Tolkien....
Get the latest news sent to your inbox
Subscribe to our daily newsletter