I first met Robert Sutherland in the Marvel UK offices in 1979, when I just started my first job since leaving university. I was a gauche trainee in editorial, and he, Marvel UK’s accountant.

In an incredibly short time, Robert became Marvel UK’s managing director and seemed an unlikely superhero in the brash, noisy world of comic creation. He was quiet and charming but with firm, clever determination, bringing his lively, enquiring mind to the challenge of publishing comics. His appointment was inspired. We went from a small operation that ran out of a set of scruffy offices off the Kentish Town Road, to a smart organisation that realised the full potential of being the UK offshoot of Marvel Comics.

The newsstand was changing rapidly during the 80s. Television and toy brands started to overtake the traditional comic titles, and supermarkets began to sell magazines. Robert recognised the opportunity of this shift in buying habits and a series of successful titles was launched: Ghostbusters, Care Bears, Thomas the Tank Engine and Transformers.

By 1990 Robert had developed an idea to start his own publishing business. When he offered me the opportunity of leaving with him to form a new company, I didn’t hesitate. Together with Diana Turner, Redan Publishing was born.

It was back to the scruffy offices, long hours, no holidays and dashing out to Leather Lane market to pick up cheap office supplies during lunch breaks. In short, the most exciting and challenging time of our careers!

Robert looked carefully at the marketplace and made a decision to publish slightly more expensive magazines with an educational bias that the real purchaser (i.e. the parents) would feel was real value. We would use the most popular children’s characters to promote learning through fun.

Again, he had a knack of spotting potential winning licences and we soon had a great range of magazines under our new banner of Fun to Learn: Thomas the Tank Engine, Rosie and Jim, Postman Pat, Peter Rabbit. And then there was Barney, that big beautiful dinosaur that gave us our first 100k sale!

We were a small independent magazine publisher without a heavyweight corporation behind us, so all we had to stand on was our experience, creative ideas and hard work alone. Robert stood by a very simple maxim. The way to make a good business was to make a good product. The best product. It sounds so simple, so obvious but to put that into practice we had to be perfectionists.

Redan Publishing had to produce the best product it could and not be satisfied with less: the best paper, the clearest design, innovative editorial ideas, the perfect magazine. Redan fast became the UK’s leading publisher of award winning preschool magazines.

When Diana Turner, who had come from a teaching background, suggested the use of workbooks within the magazine, Robert pounced on this idea and with his usual flair, developed it further. The Fun to Learn workbooks (often now copied) became one of our hallmarks.

Our workbooks make the use of stickers and are often printed to a smaller size than the rest of the magazine, setting them apart as a bonus pull-out. They offer the parent one-to-one time with their child, encouraging practice in the early learning skills set out by the National Curriculum’s guidelines.

A certain restlessness has always been a part of Robert’s character. It was a joke between us that I dreaded him going to licensing and book fairs because he returned, recharged and excited with a hundred new projects that we had to somehow accommodate. New titles, new formats and then, ultimately, new territories.

It wasn’t enough to publish a successful series of magazines in the UK when other countries beckoned. Redan started to distribute to Australia, New Zealand and other English speaking territories and, eventually, Robert formed another publishing company in the US where subscriptions are the cornerstone of all magazine sales. Today Redan Inc. publishes 12 titles with another launch planned for this year.

Ask anyone who has ever worked for Robert, and they would all agree on one thing. He was someone you could never second-guess. In any given situation, you might think you had a perfect plan but Robert would have thought of another slant, a new perspective.

I don’t think I have ever met anyone who could consider every decision in such a careful, strategic way and then come up with a completely different creative plan to the one you thought so obvious.

Since the announcement of Robert’s death, Redan Publishing has been deluged with calls, emails and tributes. In his long, successful career, Robert touched so many lives, been a mentor to so many, and had built so many enduring business relationships and friendships, with creators, publishers, licensing agents and licensors.

His was a unique, brilliant and an impossible act to follow. Like myself, so many are just grateful that they had the good fortune to work alongside him. 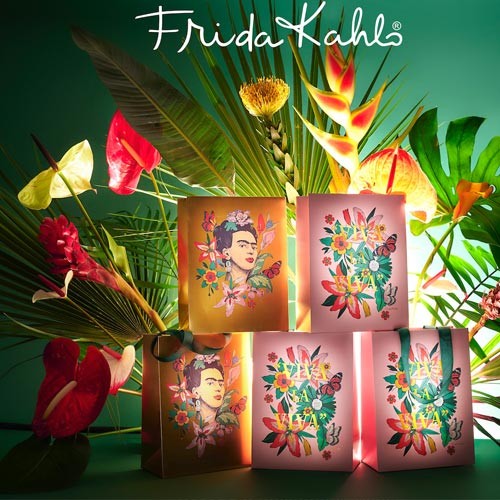 Danish kidswear brand, Molo readies Jurassic World: Dominion range
on May 17, 2022
Molo is aiming to encourage children to explore and learn with the range by combining the themes of history, nature and co-existence....

Bulldog signs brace of new licensees for Care Bears
on May 16, 2022
Character World and Eat Glitter and Shine have both teamed with the property as it continues its 40th anniversary celebrations....
Get the latest news sent to your inbox
Subscribe to our daily newsletter