UEFA EURO 2020 to feature in Fortnite

The Fortnite UEFA EURO 2020 Cup will run on 16 and 17 June as part of a collaboration between the hugely popular video game and UEFA.

UEFA has partnered with Epic Games to include UEFA EURO 2020 in Fortnite.

The Fortnite UEFA EURO 2020 Cup will run on 16 and 17 June as part of a collaboration between the hugely popular video game and UEFA.

Fortnite’s Battle Royale and Creative Mode gameplay are available globally, with more than 350 million player accounts. Over the course of two days, eligible Fortnite players around the world will be able to compete across two rounds, where they will have the opportunity to earn valuable points along the way. The top-performing players will be able to earn prize money as well as in-game rewards.

The collaboration between UEFA and Fortnite will include exclusive rewards as part of the Cup, and fans should keep an eye out for upcoming announcements on Fortnite.com, including further details of how to participate in the Cup as well as more information regarding the prizes to be won.

“Football is consistently one of the top sports that our players tell us they want to see and experience in Fortnite,” said Nate Nanzer, head of global partnerships at Epic Games. “This year has already seen an incredible calendar of football events both in the game and around the world, and partnering with UEFA for the Fortnite UEFA EURO 2020 Cup is one more exciting way to celebrate football with millions of Fortnite players.”

Guy-Laurent Epstein, UEFA marketing director, added: “Huge audiences will be glued to UEFA EURO 2020 this summer and so it seemed like a natural fit to enable Fortnite’s millions of players to be part of the action, too.

“Video games are an important part of the younger generation’s choice of entertainment and collaborating with Fortnite ensures that we continue to engage these audiences with our competition brands.”

Big prizes to be won at The Licensing Awards raffle

Your chance to win cash prizes at The Licensing Awards 2021

The Licensing Awards 2021: The Finalists

The Wombles go #OneStepGreener ahead of COP26

The Licensing Awards winners ending the week on a high note

Anthony Joshua weighs in with The Memento Group 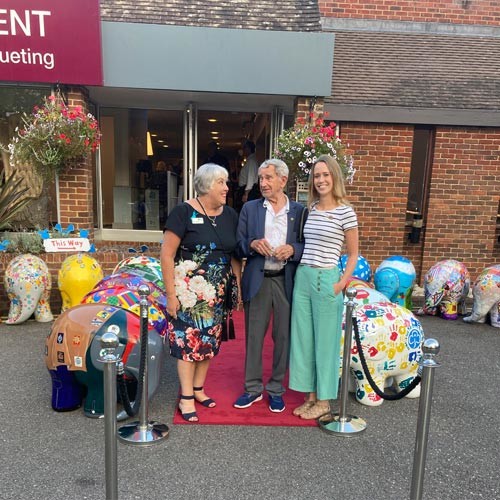 Next becomes franchise partner for Gap in the UK and Eire
on September 17, 2021
Next will operate Gap's ecommerce, Gap-branded shop in shops in retailers and offer click and collect services to online customers from 2022....

The Licensing Awards winners ending the week on a high note
on September 17, 2021
Cooneen, Disney, Kinnerton, Penguin Random House UK, Bravado and LEGO all share their delight at winning accolades....

Blue Kangaroo marks 15 years with new recruitment blitz
on September 17, 2021
The North East-based brand creative agency has invested in young and up and coming talent to further strengthen its position....

H&A and Crayola team on colourful Poundland event
on September 17, 2021
A new product collection is launching from the licensed toiletries licensee as part of the special Crayola event....

Fanattik strengthens its partnership with Capcom
on September 17, 2021
The new agreement covers collectables, gifting and barware featuring titles from the Street Fighter, Resident Evil and Monster Hunter series....
Get the latest news sent to your inbox
Subscribe to our daily newsletter