Driving force: How The Open is ramping up its licensing presence

Ahead of the Championship teeing off in July, LicensingSource.net catches up with The R&A and TSBA Group to find out more on the licensing programme and how it’s looking to capture the attentions of the golfers of tomorrow.

The Open is viewed as the absolute pinnacle in golf, so understandably it is key for the licensing programme and its partners to match this gravitas. Not only that, but 2022 marks the 150th year of playing of The Open at St Andrews, meaning that The R&A and its licensing agency, TSBA Group have plenty of aces up their sleeve for the brand.

“The Open has so much history and so many layers to it,” begins Jo Edwards, head of global licensing at TSBA Group. “These elements were translated into creative assets and a style guide with the objective of developing two key areas for The Open licensing programme: golf specialty and commemorative and gifting. The first focuses on building a roster of licensees that are well known in the golfing world and have strong distribution into green grass and sports retailers. The second capitalises on more traditional licensing product categories to provide a presence for The Open brand at high street retail.”

Jo continues: “In addition to this, we wanted to secure a strategic retailer for the brand – we announced last year the partnership with American Golf who, with 96 stores, are the biggest golf retailer in Europe. Their first products launch this May with a comprehensive range of men’s, ladies’ and children’s apparel, along with golf bags and a number of golfing accessories.”

The landmark of the 150th Open also means that a host of licensees are launching product prior to the Championship in July. These include adidas (golf apparel under the Adicross brand); New Era (caps); Manors Golf (golf apparel); Vessel (high-end golf bags and luggage); Wellputt (training aids); Harper Collins (commemorative book); Dean’s of Huntley’s (shortbread); Pittenweem Preserves (whiskey marmalade); In The Sands Golf (commemorative gifting); and the English Pewter Company (traditional gifts), while Playdemic will hold a nine-hole, The Open-branded tournament on the Golf Clash app.

Jo offers: “Above all, we look for partners with whom we can collaborate to take the storytelling of The Open and weave this into product, packaging and promotion to create compelling product befitting of The Open and its heritage.”

The Open is also a truly international brand, as Matt Tomlinson, head of retail, merchandise and licensing at The R&A, explains: “The Open is broadcast into 198 countries and 600 million households, and golf fans travel from around the world to be present at The Open. As such, The Open is a truly international brand. There is an established licensing programme in Japan and Korea (with IMG) and we are actively looking to expand into further territories, particularly the US, Europe and China.” 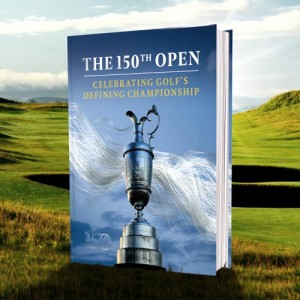 Matt says that moving into 2023 the focus will be on building with existing partners and welcoming new ones “to continue to tell the story of The Open through compelling product and associated promotional campaigns. We also want to bring the game of golf to a wider and particularly younger audience, and we will look at products, services and distribution channels to help build this awareness.”

Jo agrees, commenting: “The Open is the absolute pinnacle in golf and we want to help The R&A get their message of growing the game to a more diverse audience across the globe from grass-roots up.

“As the governing body of golf, The R&A is here to make golf more accessible, appealing and inclusive, and to ensure it’s thriving 50 years from now. This is a focus as we look at building out the licensing programme with additional product categories and partners. We will also look at experiences that will resonate with the golfers of today and capture the imaginations of the golfers of tomorrow,” she concludes. 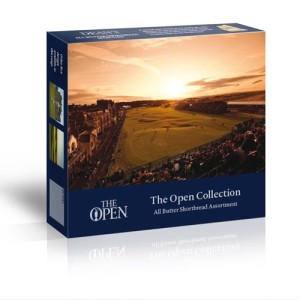 The 1st Open was played in 1860 in Prestwick, Scotland with 11 golfers taking part. Today, 156 golfers qualify to play at The Open Championship selected through a series of qualifying events that are run around the world.

However, you don’t have to be a professional golfer to compete at The Open – it is the only Championship that is open to amateurs, too. The last amateur to win The Open was Bobby Jones in 1930.

The unpredictability of playing on a roster of links golf courses provides much drama at The Open. Next year the Championship heads to Royal Liverpool where two titans of the game, Tiger Woods and Rory McIlroy, were crowned the most recent Champions.

This feature originally appeared in the summer 2022 edition of Licensing Source Book. To read the full publication, click on this link.