Disney has revealed the launch of a virtual family festival to celebrate the 25th anniversary of Toy Story.

The event will also mark Disney and Pixar’s 20 years of support for the charity, MediCinema.

Pixar Fest will premiere on Sunday August 9 with a stellar collection of Pixar movies on Disney+, weekly watchalongs, animator masterclasses, quizzes for movie buffs, arts and crafts for kids, plus new product releases.

“Pixar revolutionised the art of animation 25 years ago with the release of Toy Story and since then has brought us some of the most iconic and unique moments in filmmaking history,” commented Tasia Filippatos, svp Disney EMEA. “Pixar Fest will give fans of all ages the chance to celebrate their favourites through a host of activities and even cast their vote in ‘The Golden Lamp Awards’.

“We hope the line-up brings some summer holiday fun and movie magic to homes across the UK.”

Disney has marked the launch with the release of never-seen-before Toy Story artwork, which showcases the early designs and evolution of Buzz Lightyear. The artwork features early character sketches including a variety of different faces, suit colours and wing designs, before he was transformed into the Buzz everyone knows and loves.

Woody and Buzz first landed in cinemas in 1995 in the first fully computer-animated feature film. To date, there have been 23 full-length Pixar films and 21 shorts, collecting 37 Academy Awards and resulting in one of the biggest selling and most sought after toys of all time, the Buzz Lightyear talking action figure.

The Pixar Fest line-up on the Pixar Facebook page (@PixarUK) will include Sunday watchalongs of movies including Toy Story, Cars, Inside Out and The Incredibles, plus Pixar quizzes hosted by Edith Bowman.

Animators and celebrities will be revealing their favourite Pixar moments over the last 25 years as part of The Golden Lamp Awards, while shopDisney will be offering Pixar Fest Party at Home packs.

An online masterclass with a Pixar animator – hosted by film aficionado Mark Kermode – will teach fans how to draw Pixar characters and learn some of the secrets behind the animations, while BAFTA Kids will also put on a virtual animation masterclass where children submitted their questions to discover everything that they need to know about how to become a top animator.

New consumer products will also be launching from Mattel and Funko, plus a new range of merchandise honouring the heritage of Pixar at shopDisney including a line of Aliens products that feature the Toy Story favourites as different characters from Pixar movies (main image).

“We are thrilled to be celebrating the 25th anniversary of Disney and Pixar’s Toy Story by bringing a colourful new range of Alien Remix Pop! to market in EMEA,” said Eva Verhaak, head of strategic marketing and sales EMEA at Funko. “Our motto at Funko is ‘Everyone is a fan of something’ and this couldn’t apply more to Pixar’s incredible back catalogue being recreated in the form of the fan-favourite green aliens from Toy Story.”

PJ Lewis, global head of action figures at Mattel, added: “This is such a fun, exciting and beloved line. We absolutely enjoy working on it because you can be so creative while mixing the different characters from the iconic Pixar properties. The fan feedback has been incredibly positive to our latest additions and we can’t wait to see the line celebrated for Pixar Fest.”

Pixar Fest will run from August 9 to September 6.

In addition, Disney has also pledged £750,000 to MediCinema to help reach more children by developing and building additional state of the art hospital cinemas in the UK and Italy. Visits to these cinemas help improve wellbeing and combat isolation and the anxiety of spending time on the wards.

Fans can also help to raise funds for MediCinema through Pixar Fest’s Charity Tuesdays to win money-can’t-buy Pixar prizes. These include a drawing lesson with a Pixar artist and an exclusive piece of Pixar artwork through prize draws run by MediCinema. 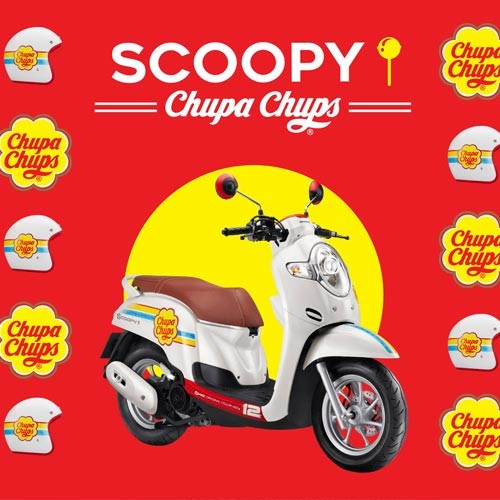