“Licensing has always been full of surprises and unexpected opportunities”

LicensingSource chats to Eva Brännström, evp at Plus Licens, about her 40 years in the licensing industry.

With over 40 years of experience in the licensing industry, Eva Brännström is the co-owner and evp of Plus Licens, an independent licensing agency with HQ in Stockholm, Sweden.

Here, Eva tells LicensingSource about the changes in the industry she’s witnessed first-hand, and what Plus Licens has done to remain a key player on the European licensing scene.

How did you and Plus Licens get your start in the licensing industry?

I was first introduced to a combined licensing and production company, where I got the chance to work with licences such as Barbapapa. In 1977 my business partner Peder Tamm started Plus Licens by first representing The Muppet Show, and I joined the agency shortly after. We quickly became leading in the Nordics, in competition with Disney, of course. Our portfolio grew to include the representation of major American corporations such as Universal, Warner Bros., MGM and many more.

What was the state of the licensing industry at the time?

The licensing industry was not as developed and still very limited to its respective local market. The European Union did not exist which meant that properties were licensed only for their local market, and exclusivity clauses were almost taken for granted as part of signed deals. 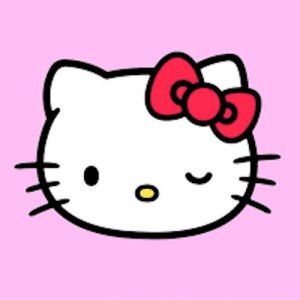 Our most successful venture was entering into CEE, almost directly after the fall of the Berlin Wall. We put up offices in Poland, Russia, Hungary and the Czech Republic. We showed great intuition in essentially being alone, aside from Disney, on an entirely new market of licences that had just recently become privatised.

We also opened an office in Tokyo as part of a plan to offer Nordic properties to Japanese consumers, but due to some unforeseen circumstances it didn’t work out. Still, it was a very valuable experience and Plus Licens is stronger because of it, as we strengthened and expanded our relationships in Japan. We’ve also represented and launched two iconic figures in Peanuts and Hello Kitty (pictured) in the Nordics and CEE.

What makes the licensing industry special to you?

It has always been full of surprises and unexpected opportunities. You don’t always know what the next ‘big thing’ will be, or when it will appear. When the first Stars Wars film premiered, the interest in the Nordics for properties of that kind was mild to say the least. We hadn’t been able to close any deals and informed LucasFilm that we wouldn’t be able to stay on as agents. We were convinced to continue and wasn’t that a good thing! When we first got our start there was no commercial TV in the Nordics, and animated series had a relatively poor reputation, in stark contrast to today. 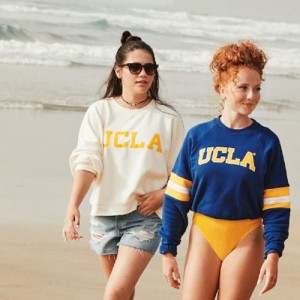 What are some big changes you’ve seen that’s affected the role of the licensing agency?

A changing media landscape has led to new opportunities and challenges when measuring and communicating the impact of media placements for media driven brands. The evolution of large and sophisticated toy programmes, plus the refinement of artwork and style guides. IP owners invest a lot more into their properties which gives us a better foundation from which to build a brand in the long-term.

As an agency, we’re not a mere mediator of licensing agreements, we now work alongside the IP owners, running the entire project on the local market as part of a global strategy. We execute retail activities with partners, perform digital communication and PR and create collaborative opportunities. 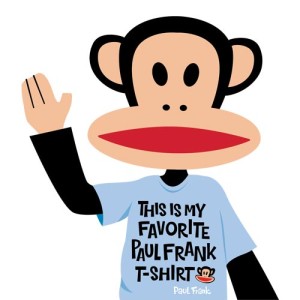 What do you think the future of Plus Licens and the industry looks like?

Everything depends on consumers preferences, and I personally think that the ever-present issue of sustainability will lead to ‘less is more’ having more practical implications.

At Plus Licens we look forward to seeing Bluey make a breakthrough in our markets, a revival of Hello Kitty and Sanrio, and our continued venture into the rest of Europe with properties such as UCLA (pictured top right), University of Cambridge, Paul Frank (pictured left), among others.

As a licensing agent it’s more important than ever to have the trust of licensors and work long-term to achieve healthy ROI. As an agent we’ll continue to offer a diversified portfolio and be a reliable source for brand development and licensing insights to our clients, and local and regional potential licensees.

What’s needed to remain a key player in the long-term in this industry?

Understanding and being able to navigate an increasingly complex market and media landscape.

What does licensing agencies have to focus on to take on the future and deliver on the expectations of licensors and licensees?

Increase their knowledge of, and focus on, sustainability, but also important things such as local and small-scale PR, events, marketing, and retail/e-tail.

The trends to watch from UK Toy Fair 2019

Bulldog signs brace of new licensees for Care Bears
on May 16, 2022
Character World and Eat Glitter and Shine have both teamed with the property as it continues its 40th anniversary celebrations....

Limited edition Sex Pistols prints ready to make their mark
on May 16, 2022
The prints are from English artist, Jamie Reid, known for his distinct style of décollage in the Avant Garde art movement and who helped to define the image of punk rock in the 1970s....

Sci-fi franchise RoboCop makes its Fortnite debut
on May 16, 2022
MGM has teamed with Epic Games with outfits and cosmetics available in the Fortnite Item shop until 21 May....
Get the latest news sent to your inbox
Subscribe to our daily newsletter