LicensingSource gathers four senior executives from ViacomCBS Consumer Products on a Zoom call to discuss business in their respective territories, growth drivers, the future of live experiences, retail and key focuses into 2022 and 2023. Just don’t ask them to choose their favourite between SpongeBob and Patrick.

“In general, off the back of a very tough year in 2020, we have been able to get our business back to pre-pandemic levels and beyond,” begins Mark Kingston, svp international, ViacomCBS Consumer Products. “Most of the European territories are now pretty much at the same level in terms of recovery from the pandemic, and restrictions are now similar across Europe. We did notice strong consumer habits changes as a direct consequence of the pandemic and various lockdowns across territories. Retail prices and shipping costs have considerably increased which has impacted consumers’ disposable income. But, on the other hand, we’ve also seen a sharp rise in ecommerce, and the binge-watching trend brought by lockdown has helped our properties gain visibility.”

Mark has been joined by three fellow senior executives from the ViacomCBS business on a Zoom call – at the request of LicensingSource. It’s a powerful quartet and all of them are keen to share details of how their respective territories have been performing.

“In Southern Europe and MENA, we have grown 38% compared to last year,” says Simon Leslie, vp licensing, Southern Europe, ME and Africa. “We’ve managed to recover what was lost in 2020 and have also managed to grow above 2019 numbers (+25% vs 2019) thanks to strong CP launches such as Blue’s Clues & You, Baby Shark’s Big Show and PAW Patrol: The Movie.” 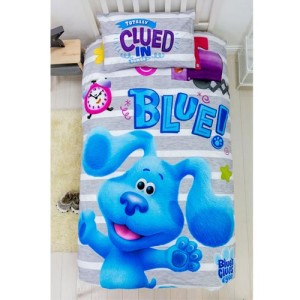 Venetia Davie, vp consumer products, ViacomCBS UK, Ireland, Israel, Australia and New Zealand, says that the cluster had a great year [in 2021] thanks to its partners, with all three markets delivering strong double-digit year on year growth.

As for what’s driving this growth, every market has a strong PAW Patrol business – further buoyed by the 2021 movie. Felix comments: “Lidl, one of the global top retailers, executed its biggest entertainment activation in 2021 with The PAW Patrol Movie. The promotion delivered us record revenues as it was the biggest initiative we’ve ever done with one retailer all over Europe.”

SpongeBob SquarePants and Baby Shark are also universal successes. There are nuances between the territories though, as Simon points out: “One of the big gaps we’ve spotted in Europe is the different take up on online shopping. In countries such as Spain and Italy, we have a lower penetration of ecommerce – it has however been accelerated by the pandemic – compared to the UK for example or Germany which are really advanced on that front.” 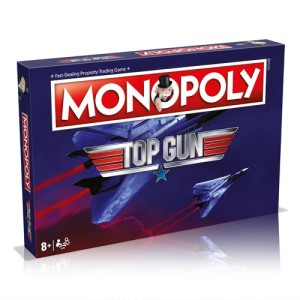 Looking ahead to 2022 and 2023, there are further plans for PAW Patrol, including a live show which will tour cities across Europe. The launch of Paramount+ in the UK will also bring with it some new marketing and promotional opportunities for the pups, says Venetia.

Baby Shark’s Big Show will also be launching across international territories, while Santiago of the Seas will be joining the Nickelodeon family. “Star Trek Prodigy will be a big priority for us in 2023,” continues Mark. “And, of course, we are looking forward to launching SpongeBob SquarePants’ spin-offs Kamp Koral and The Patrick Star Show across territories.”

On the Paramount side, the eagerly awaited Top Gun: Maverick will finally arrive, the 50th anniversary of The Godfather is approaching and the launch of Paramount+ across some international territories will be a “big moment” for ViacomCBS says Mark. “We’re also thrilled to see new Teenage Mutant Ninja Turtles content coming to viewers screens on VOD in 2023, as well as a new Paramount movie,” Mark adds.

The final word goes to Venetia when we ask what’s been the biggest thing she’s learnt about the licensing business in the last 18 months: “This industry is resilient. The way we’ve adapted to the situation has been truly amazing.”

The quick fire round

Favourite character in the ViacomCBS portfolio?

Venetia: “I don’t dislike Mondays as much, but I share his love of lasagna and enjoy his sardonic sense of humour – I’d say Garfield.”
Felix: “I’ve always loved Chase from PAW Patrol.”
Mark: “Michelangelo from Teenage Mutant Ninja Turtles – he might be the comedy act but he’s always there to support his brothers and save the day.”
Simon: “SpongeBob, without a doubt.”

Who would play you in a movie of your life?

Venetia: “I think it would either be Statler or Waldorf.”
Felix: “According to Mark, it has to be David Hasselhoff… the one and only German icon.”
Mark: “Colin Firth!”
Simon: “Jimmy Carr apparently, though I don’t quite see it myself…”

Venetia: “What? I couldn’t possibly choose.”
Felix: “SpongeBob to be honest.”
Mark: “How could you choose? SpongeBob for his eternal optimism and Patrick for his profound words of wisdom.”
Simon: “SpongeBob for me.”