LicensingSource.net chats to Michael Lees, licensing partnerships manager at The FA Group, about the Lionesses historic Euros win, the licensing programme surrounding them and the potential impact on licensing for women’s sports in general.

Firstly, what is the atmosphere like at The FA following the win? You must all be over the moon…

The team was ecstatic following the performance of the team this summer. Not only has it been 56 years since our last major trophy, but it has been achieved on home soil. While there were big celebrations following the game, we are conscious that we must strike while the iron is hot to ensure the legacy of the team’s achievement is maximised and that true change happens. For us within the commercial partnerships team, we are also busy working with our licensees and partners to bang the drum about how this historical achievement can be used to impact society and encourage the next generation.

What is the current state of the CP programme for the Lionesses… how many licensees on board etc and in which categories? 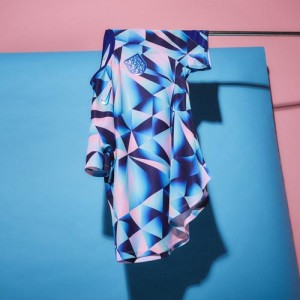 Can you outline the licensing programme which ran throughout the tournament? Which licensees were involved? Where was product available from?

There are too many licensees and points of sale to list everything that was available, but I can lay out some of our core licensees involved and the channels.

Firstly, Nike and Fanatics, which combined to hit record sales numbers during the women’s kit launch back in May/June. There was also a comprehensive women’s lifestyle range that was sold across Nike’s and our official England channels. We had a fantastic presence at several major grocers through Panini’s Euro 2022 sticker album that featured the England squad.

Other licensees include Score Draw, which continued to sell a range of retro shirts across its site, the official England store and other physical retail outlets, as well as FOCO which sold a range of souvenirs via their site during the tournament.

We are hoping to have an increased retail presence during next year’s women’s summer World Cup now that there is more of a buzz surrounding the women’s game.

What were some of the top selling lines?

The standout sellers were the home and away kits, which despite ordering enough to service three times the demand from the previous women’s tournament kit launch, still saw some lines selling out prior to the first game. Other top sellers included training and leisurewear items, retro shirts and some more playful novelty apparel.

Will there now be special ‘champions’ merchandise being launched? 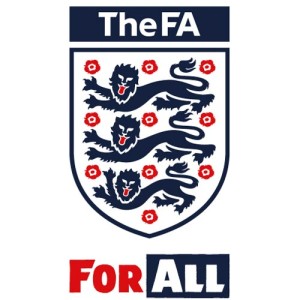 How will you now look to capitalise on the success and interest in the Lionesses and further build the licensing programme?

We are already seeing an increased number of enquiries from our licensing partners regarding the use of player imagery of our Women’s team on products. I’ve no doubt this will continue as we move into next year and another tournament year for the Women’s team.

With regards to actual product categories, we are exploring new opportunities that are more suitable for girls who want to interact with the game in a different way from boys. Overall, we want retailers to wake up to the power of women’s football and for them to get behind our licensees when the next women’s tournament rolls around in July 2023.

What impact do you think the Lionesses win will have on licensing for women’s sports in general?

We would like to think that this will increase licensing opportunities across the women’s game and not just for The FA. There is plenty of space to grow within the licensing business for the Women’s Super League which features many of the England Women’s players and other players that played some part in this summer’s European Championships.

By way of example, EA Sports has just struck a deal with the WSL to include the teams and players within FIFA 23, which shows the trajectory the women’s game was already on prior to the tournament. We would like to think that girls will be inspired to take on other sports because of what this team has achieved which in time will impact the commercial partnerships and licensing value across football and other sports.

Blues Group, Aykroyds and TDP on board for Pip and Posy