Start Licensing’s Ian Downes on how the vibrant music merchandising landscape has grown.

Heine Gericke. It is funny how names can stick in your memory. Back in the 1990s when I worked at CPL, Heine Gericke was a licensee for Guns N’ Roses a band that Copyright Promotions represented via a roster deal with music management firm Brockum. Heine Gericke is no longer in business, but at the time it was a market leader in motorcyclist apparel and it developed a range of Guns N’ Roses leather jackets and jerkins.

The name sticks in my memory because I think this was one of the only deals we had in place from the Brockum roster. The roster was a big one and it was a veritable who’s who of music. However it was always difficult to get deals done for the bands on the list either due to financials, territories required or I am guessing with hindsight general inertia around getting things done.

Licensing bands as ‘brands’ was relatively underdeveloped in the UK and Europe at the time. As a music fan it was quite frustrating as it was easy to see what potential ‘band brands’ had but we never seem to hit the right note. I believe Brockum may no longer be around with its rights absorbed by another firm.

However nearly 25 years later the music merchandising landscape is very different and much more vibrant.

Licensing programmes around bands such as The Beatles have paved the way for this kind of licensing and have created a great case study for others to look at. Licensees like Half Moon Bay, Funko, GB eye, Park Agencies and My Gifts Trade have successfully developed and marketed music merchandise at retail. Having a pool of go to licensees on tap makes the business of licensing easier. From the outside it seems ‘band brands’ is a thriving category and one that is very much on the licensing map. From a consumer point of view music is very much a lifestyle and life stage thing. Having access to a range of consumer products that remind you of musical highlights from the past or allow you to indulge your fandom is attractive to consumers. Music also works well in gifting.

So against this background it isn’t a surprise that I noticed a few examples of ‘band brands’ licensing this week, albeit some of the activity I noticed was in non traditional areas.

The Royal Mail has been tapping into music as a source for stamp collections for a while. It has recognised that passionate fans can become committed consumers and collectors. The Royal Mail uses licensing to create engagement and to pick up new consumers. It has also become very adapt at developing product ranges that go beyond stamps and embrace a whole range of collectables and other items such as wall art. It recently launched a stamp collection celebrating the band Queen. The collection is described by the Royal Mail as ‘celebrating this legendary band’s record-breaking, hit-making career with Special Stamps and Collectibles honouring classic albums and spectacular live shows’.

A band like Queen brings a lot of attention and a ready-made audience. Importantly they are also known globally which opens up wider sales opportunities for the Royal Mail. Products include framed stamp sets including miniature stamp sheets, while the Royal Mail is working in collaboration with The Royal Mint which has produced Queen coins. Must have been a bit confusing when the Queen Collection had to be signed off by The Queen!

The Royal Mail will sell directly to consumers but also work with ‘re-sellers’ in the direct marketing channels which offer collections like these to the existing customers and use them as a way of recruiting new consumers through special offers.

Another interesting product that I spotted this week was an ‘official’ whiskey developed in association with The Pogues. The product is an Irish whiskey developed by West Cork Distillers. The product is described on the distillers’ website as a ‘true Irish rebel’. The band’s performances were legendary in terms of their energy, vitality and often chaotic nature. All of these characteristics helped build their popularity and the band is one that can be described as ‘iconic’. They and their lead singer Shane MacGowan are intrinsically linked to Christmas through their version of The Fairytale of New York and in the context of an Irish whiskey they seem a great choice by the distiller.

Interestingly the product I spotted on shelf was presented in a bright red bottle and it really stood apart from the other products on shelf. Rather like the band itself, it had a very distinct and original style. I am not a whiskey drinker but product reviews indicate that this is an excellent product with great taste notes.

It is important for products like this to be authentic and to represent a band’s heritage well. It would be very easy to rush a product out and for it to be a shallow partnership. This seems to be a very authentic partnership. Other bands have gone into things like beer, for example Motörhead, while artists such as Cliff Richard have gone a step further.

Cliff had his own vineyards in The Algarve in Portugal and local restaurants proudly sold Cliff Richard wines. One sunny morning when I was staying in a villa near Cliff’s vineyard I was queueing up to pay for my groceries in a little shop and heard a familiar voice behind me – it was Cliff dressed casually in t-shirt, shorts and flip flops. I felt my jaw drop. He smiled at me with a smile that said very politely “Yes I am Cliff Richard but please leave me alone”. I did, but what a missed licensing representation opportunity! By the way I can vouch for Cliff’s wine – it was excellent.

Licensee Beer Buddies produces wall mounted beer bottle openers. Its licensed range includes Judge Dredd and Motörhead. Another music brand it has in its roster is Iron Maiden. Beer Buddies’ traditional style is to finish the bottle openers in a gun metal finish. It did this for Iron Maiden and the Eddie Trooper product sold well.

However, it has recently refreshed the product and created a hand painted colour version. This adds further appeal to a classic design and ties back into the band’s recording history as it links into their album covers. This is a great product for fans but also has gift potential. While it works well in shops and displays well, it is also an item that is tailor made for online shopping. Iron Maiden fans will find it through searching and it is the sort of product that could be carried by a diverse mix of online retailers. It also ties in well to the fact that their is an Iron Maiden Trooper beer.

I would imagine Beer Buddies works with the brewer and other partners to reach fans through digital marketing means. As noted in recent weeks, rights owners and licensees have been forced to look at online selling more in recent months and have learned a lot of valuable lessons in terms of digital marketing that should stand the industry in good stead in the future.

I have a friend who is an avid Rolling Stones’ fan and he was telling me last week about the fact that he had recently bought a Stones leisure shirt ‘off of that TruffleShuffle‘ and also socks from Happy Socks. He mentioned he found out about the products through Facebook advertising and on Instagram.

I am guessing his Rolling Stones’ search history meant he received a few targeted Rolling Stones adverts, but it is a good example of how consumers can be reached in an effective and efficient way via social media. This kind of marketing can have a downside and clearly needs to be policed but when well managed it can help enhance the fan experience and in licensing terms can help products gain momentum.

Moving from music to groceries I picked up Lidl’s weekly product flyer last week. The magazine highlights the week’s offers and generally has a ‘flavour of the week’. Last week’s flavour was Spain – this wasn’t very licensing friendly.

However the middle of the magazine is turned over to the Middle of Lidl offers. The Middle of Lidl is the place in stores where the focus is on special offers and price promotions. Interestingly last week there were a number of licensed products featured. Products included a Slush Puppie Slushie Making Cup & Syrup set (RRP of £14.99 – Lidl price £ 7.99), a range of ‘kids’ character costumes’ (£4.99) and Harry Potter Top Trumps (£2.99).

There was also two pages of Minions product on show ranging from apparel through to books, stationery and outdoor toys. Lidl is heavily focused on price and being ultra competitive on price. While this can be a challenge for suppliers, I think the trade off here is the volume Lidl can shift and its commitment to promoting product. Product is well displayed and proactively promoted through things like the Lidl Weekly.

I am sure that the participating suppliers and rights holders are glad to be in the Middle of Lidl at the moment and it is good to see licensing playing a strong hand in this context.

“It takes a crisis to remind you of humanity”

Business in Lockdown: “It’s important that we are all supporting each other” 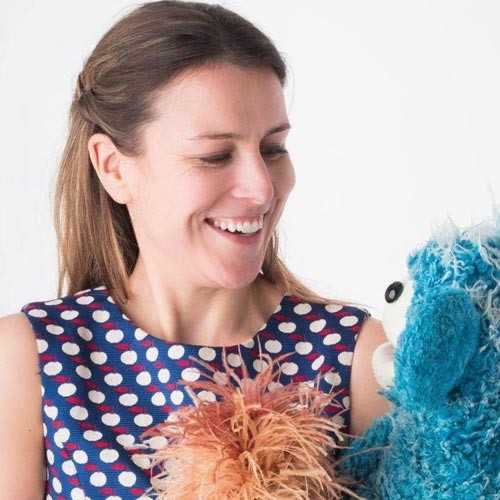 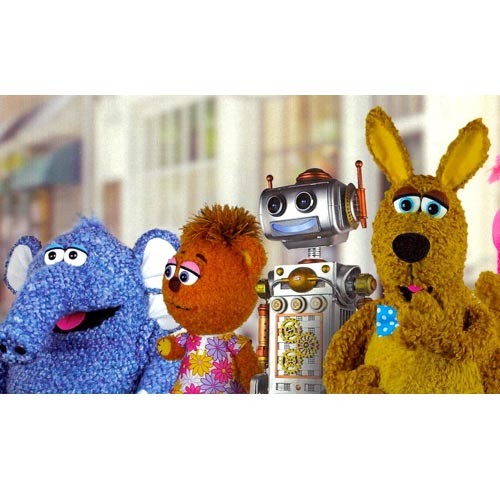 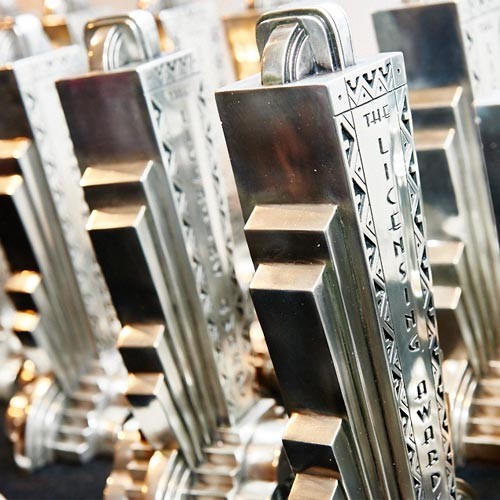 Off the streets: How TruffleShuffle, Character.com and Moonpig made the most of lockdown 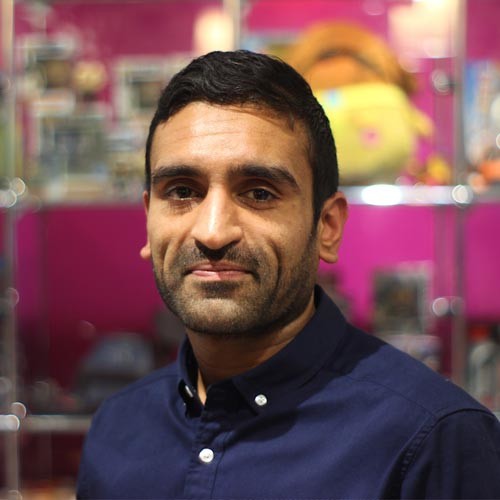 “Sustainability needs to remain firmly in everyone’s sights, too” 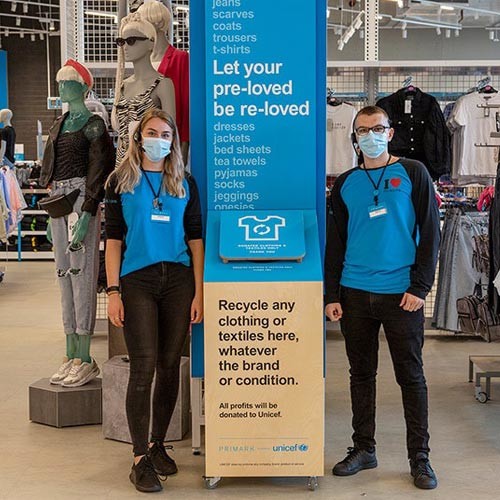 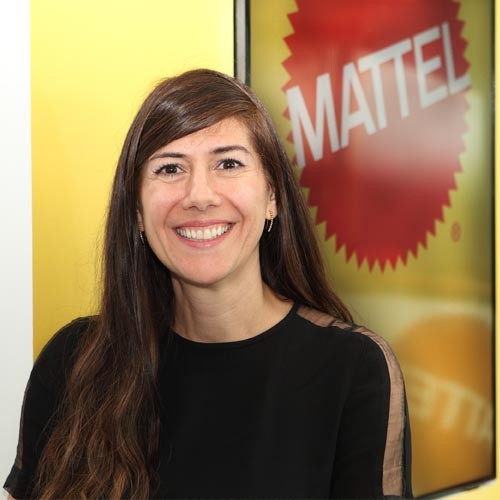 Business in Lockdown: “Being nimble and following the consumer is key” 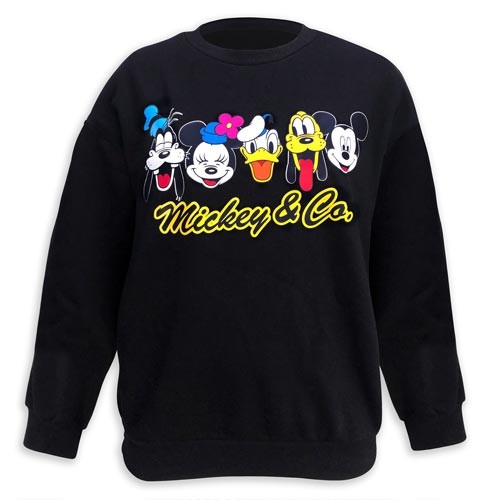 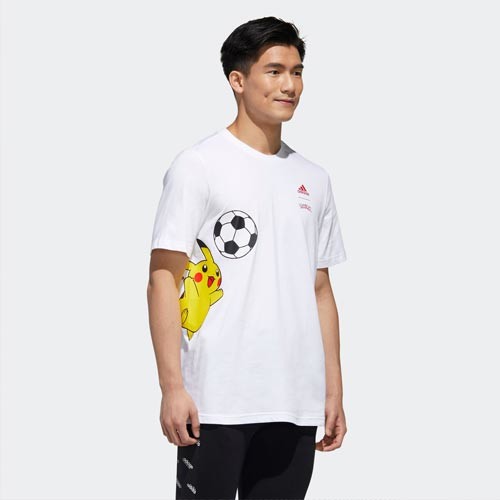 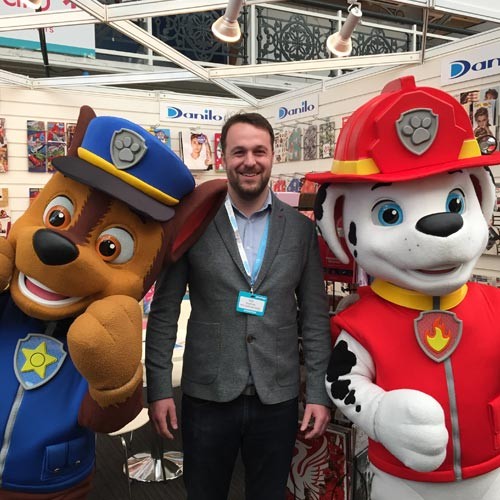 Business in Lockdown: “Consumer behaviour trends have been accelerated”

Business in Lockdown: "Now is a good time for the sector to be looking for new partners"
on August 3, 2020
Tikiboo's Faye-Louise Jobbins on adapting due to supply chain challenges, lining up new licences and the power of an online only brand....

Middlesbrough FC enters ecommerce arena
on August 3, 2020
New site will sell kit, merchandise, sporting equipment and other fashion items, with personalisation service planned....
Get the latest news sent to your inbox
Subscribe to our daily newsletter